This is the second column of the fall. This column includes, with a few exceptions, sightings from 1 through 28 October 2009. In recent years, the column has included more and more photographs. Not only are they nice to look at, but they are increasingly important for documenting the occurrence of uncommon or unusual birds in this area. It is highly advised that you try to photograph any unusual bird that you report. It really is true, in the case of bird documentation, that a picture is worth a thousand words. When you see a bird of interest, get in the habit of taking a photo of it. Thanks go to Jeff Allen, Tim Blott, Raymond Fletcher, Pam Foreman, Carolyn Heitman, Dave Kubiak, Lynne Murphy, Cecil Ranney, and Stacy Studebaker for providing photos or video during the period. Photos appearing in this column are: “white-cheeked” geese – Lynne Murphy, “white-cheeked” geese – Rich MacIntosh, Pacific Loon – Lynne Murphy, Peregrine Falcon – Lynne Murphy, Least Sandpiper – Stacy Studebaker, Wilson’s Snipe – Cecil Ranney, Common Raven – Tim Blott, Golden-crowned Kinglet – Carolyn Heitman, Golden-crowned Kinglet – Dave Kubiak.

Please feel free to call me with bird reports or questions at 486-3087, or email me at: rmacintosh@gci.net. A copy of the Kodiak bird checklist is available at the Kodiak National Wildlife Refuge, or online at: http://www.npwrc.usgs.gov/resource/birds/chekbird/r7/kodiak.htm
Good birding!

On 3 Oct, RM watched an immature Bald Eagle overtake and kill a Greater White-fronted Goose at Womens Bay. An account of that struggle appears at the very end of this report. The fall “white-cheeked” goose movement through the archipelago continues, with both Canada Geese and Cackling Geese reported in early October from Tugidak Island. LM took a nice photos of geese in flight over the Tugidak tundra (see photo). A group of white-cheeked geese on Mission Lake on 5 Oct (RM; photo) contained one tiny Cackling Goose, two of the medium-sized Canada Geese from the Shuyak population, and one lighter-breasted bird of unknown persuasion (right in photo). It is always exciting to see birds in migration, so JA was excited to see a flock of about 45 Emperor Geese flying in high from the northeast over the Buskin River mouth on 7 Oct. These birds were just arriving in this area from their summer haunts in western Alaska. A flock of about 100 Snow Geese was seen in nasty weather over Spruce Cape on 20 Oct (IH, EH). Trumpeter Swans were heard and seen on Tugidak Island in early October (BP, PB).

Migrant Tundra Swans were seen again this fall migrating over Trident Basin, with three on 30 Sep, 4 on 2 Oct, and about 25 on 23 Oct (SBo). Twelve Tundra Swans were on Lake Rose Tead on 20 Oct (RM), and 15 were there on 26 Oct (RF). The first Ring-necked Duck of the fall was a male with Greater Scaup on Mission Lake on 29 Sep (RM), and about eight were with Greater and Lesser Scaup on Lake Rose Tead on 20 Oct (RM). The first Buffleheads of the fall were seen on Kalsin Pond on 2 Oct (RC, RM). On 19 Oct, four Hooded Mergansers were on Mission and Potatopatch Lakes (RM). All of these birds were in brown female or immature male plumage, and one of them (see photo) didn’t have a “hood”. A Pacific Loon photographed in Hidden Basin on 27 Oct (LM; see photo), shows the dark “necklace” that is diagnostic for winter individuals of this species. An early October cruise by JA off the east side of Kodiak yielded several interesting seabirds. A single juvenile Short-tailed Albatross accompanied a Laysan Albatross and several Black-footed Albatross……a north Pacific “grand slam”. Two of the always rare Buller’s Shearwaters were also seen and photographed. A suspected light morph Wedge-tailed Shearwater seen on that same day (JA) would have been a first state record had it been well photographed.

In early Oct, Tugidak Island hosted many Northern Harriers and Short-eared Owls (BP, PB). LM got a great photo of a juvenile Peregrine Falcon (see photo) in Hidden Basin on 27 Oct. A late Lesser Yellowlegs was on the flats opposite Kalsin Pond on 2 Oct (RC, RM), and a late Least Sandpiper was photographed at Pasagshak on 4 Oct (SS, MS; see photo). Pectoral Sandpipers, Sharp-tailed Sandpipers and Long-billed Dowitchers continued to be seen on the Kalsin Bay sedge flats through 27 Oct (RM). The Red-necked Phalaropes JA saw at sea east of Kodiak on 11 Oct were very late, while the Red Phalaropes seen the next day were not so late. A nice photo of a Wilson’s Snipe taken at a considerable distance on CR’s lawn on 9 Sep shows the power of a good digital camera to document birds (see photo). The first Thayer’s Gull of the fall was an adult seen off the east side of Kodiak Island on 14 Oct (JA). Since October is the best month here for Slaty-backed Gulls, it was not surprising that an adult was at Womens Bay on 2 Oct (RM, RC), three birds were there on 3 Oct (RM), and three were seen off the east side of Kodiak in mid Oct (JA). Two Common Ravens were photographed (see photo) in a knock down drag out battle on the ground on Spruce Cape on 4 Oct (TB, SBl). As described by SB, “one had a grip on the other’s face and wouldn’t let go”. After taking a few pictures, TB chased them away! CH photographed a Golden-crowned Kinglet (see photo) eating from a suet feeder in her yard on 19 Oct. This behavior is very seldom seen. A Brown Creeper was seen on 28 Oct by ML. A Varied Thrush that showed up in the CH yard on 19 Oct (CH) was the only one reported. Except for corvids, there have been no birds reported from fruiting mountain ash trees yet. Things should break loose any day now. An immature White-crowned Sparrow in the RM & MM yard on 26 Oct is probably going to winter here. The first fall road system Dark-eyed Junco was a bird at Mill Bay on 3 Oct (JA). CH had two at her feeder on 5 Oct. Red Crossbills were fairly common at feeders. Pine Siskins were not much in evidence.

THEY COOKED HIS GOOSE - On 3 Oct, RM was watching gulls below the Sargent Creek bridge in Womens Bay when all the gulls took to the air. The most probable cause, an (immature) Bald Eagle, was soon seen to be chasing a Greater White-fronted Goose in direct flight over the bay. The two birds flew south, towards Salonie Creek, with the eagle gradually gaining on the goose. When they were off the mouth of Salonie Creek, the eagle was only about 10 meters behind the goose, which then began taking evasive measures, cutting one way, and then another. This tactic did not work either, and the goose soon crashed into the water. Once the goose was in the water, the eagle began diving in shallow arcs over it, as it would do when picking up a fish from the surface of the water. Other eagles in the area were attracted to the scene, and several birds began making passes over the goose. During the first couple of passes, the goose would dive completely under the water, but after that, it would only duck its head or flail its wings. After a few misses, the eagles began connecting with the goose. On one early pass, an eagle grabbed the goose by the head, jerked it completely off the water, and was able to fly about five meters before dropping it. Another time, an eagle grabbed the goose by a flailing wing and flew a few meters with it. This happened several more times in the next few minutes, with the eagle always dropping the goose, presumably because it was too heavy to carry very far. After being grabbed and dropped four or five times, the goose was still able to keep its head and neck above water. It was still alive. Soon thereafter though, the goose showed no sign of life. Once the goose was lifeless on the water, the eagles stopped diving on it. My guess as to why they abandoned the goose at that point is that the lifeless goose, “dead weight”, and with no body parts sticking out of the water, presented an even more difficult target for the eagles to both grasp, and also jerk out of the water. The onshore wind and a falling tide would no doubt make the goose available to the eagles in due time. 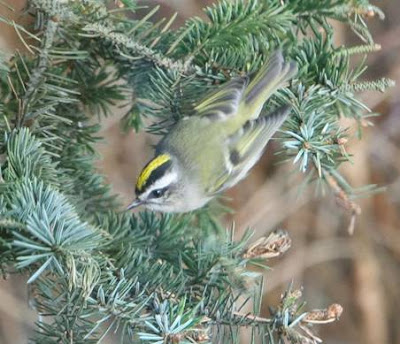 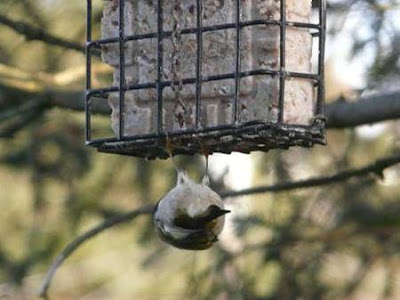 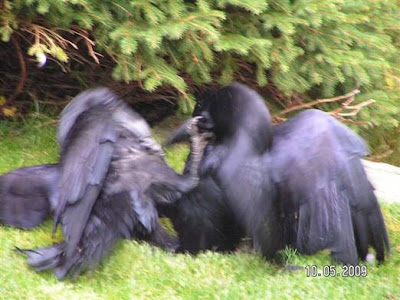 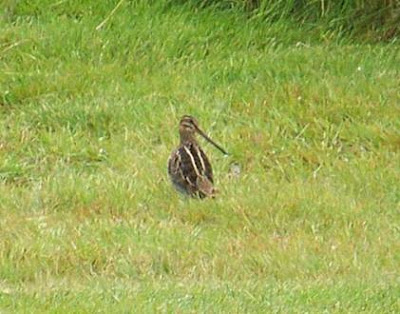 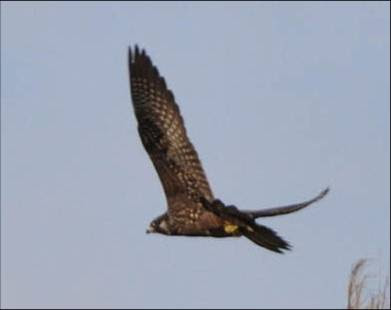 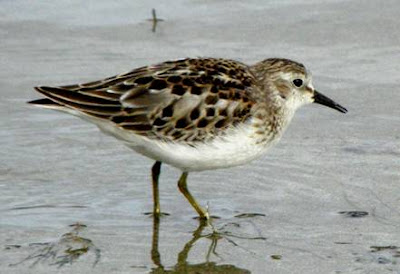 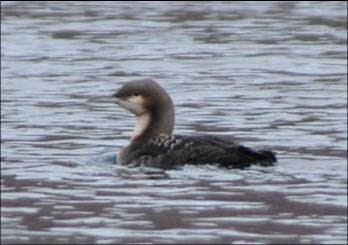